All material is (C) Copyright Protected, All Rights Reserved by Dianne Robbins, 1990-2011.

As a child, I used to stand outside and look up at the night sky, and wonder where, in the starry heavens above, was my home. In 1990, when I was listening to music of the Moody Blues and heard their song "I Know You're Out There Somewhere," it suddenly flooded me with memories and I instantly knew there was a whole other world out there, just waiting to communicate with me. I began a process of meditation that reawakened me to the remembrance that I am a telepathic receiver and transmitter for the Inner-Earth terrestrials, Cetaceans, Crystal Kingdom, Tree People and Nature Kingdoms. I also awakened to my divine mission and role for this lifetime.

I tapped into the cosmos and connected to the Cetaceans (Whales and Dolphins), Adama in the Subterranean City of Telos, Mikos in the Hollow Earth, the Ascended Masters, the Ashtar Command of the Confederation of Planets, Nature Spirits and Trees. I no longer felt alone, but suddenly connected to Beings everywhere through the telepathic phone lines that exist throughout the cosmos. My communication with Mikos has reconnected me to who I am, and why I am here, and I discovered that I am connected to all life - everywhere - not just on Earth but all life throughout our Milky Way Galaxy.

With this new sense of purpose, I have dedicated my life to receiving and publishing my telepathic transmissions from Beings residing in Higher Realms of consciousness. My goal is to spread these messages around the globe in hopes of awakening surface humans to the existence of those that inhabit the Oceans, Subterranean Realms, Hollow Earth and Surface Nature Kingdoms through the publication of my books.
The earliest messages came from the Cetaceans and are in my first book: The Call Goes Out from the Cetacean Nation. My second book is: Telos. My third book is: Messages from the Hollow Earth. My fourth book is: Tree Talk.
Much of my inspiration comes from communing with Nature through long walks in the woods, sitting under my favorite tree in my backyard, walking along the ocean when I'm in Florida, and being on the Mountain among the Trees on Mt. Shasta, California, my home.
I Am All of Creation, and so are you ~ 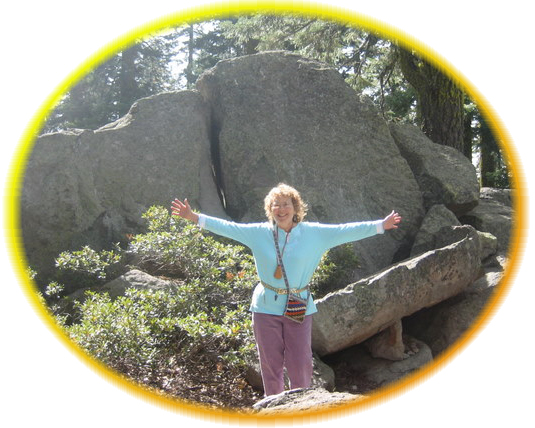 Diane Robbins produces transmissions from the Inner Earth & Nature Kingdoms. Dianne Robbins has authored the following books: Telos, Original Transmissions, Messages from the Hollow Earth, Tree Talk, Crystal People, and The Call Goes Out from the Cetaceans Nation. Dianne Robbins has also authored TELOS Transmisiones ORIGINALES desde la Ciudad Subterránea Bajo el Monte Shasta, Mensajes desde la Tierra Hueca, Conversaciones con los Árboles, Sale El Llamado: Mensajes de los Cetaceos de la Tierra, and Botschaften aus der Innenerde. The Telos material speaks from Adama, Ascended Master from the City of Telos"from the City of Telos underneath Mount Shasta. These books are essential to your spiritual development and personal growth and in expanding your consciousness and awareness of your Higher Mind – your I AM Presence so that you are more deeply connected with your multi-dimensional Self.